How To Stop Fighting Cats If you have a multi-cat household, you may find yourself refereeing a few conflicts. Cats can be territorial and if imposed upon, they can end up biting, scratching and/or hissing at a perceived threat. If the offender is your other cat, then you’re probably looking for a way to help your family live in harmony. Luckily there are a few steps you can take to bring peace back into your home. In that regard, below are some tips on “How To Stop Fighting Cats.”

The Reason Cats Fight
To begin, it’s important to know why cats fight. When they’re young they may have close ties to family members, but when they get older, cats are typically loners. So when another cat enters—what they consider—their space, there is always the possibility of a cat fight. Whether it’s a toy, person or space, even a house cat will staunchly guard, what she believes to be hers.

Another reason cats may fight, is when a traumatic event is associated with the other cat. If for instance, a pot happens to fall on one cat and the first thing she sees is the other cat, she’ll possibly assume that the incident is related to that cat. From then on, their relationship can be a tense one.

Like humans, sometimes cats don’t get along because of a personality clash. You’ll be able to pick-up on this if one or both of your cats begin to hiss. Some cats do what they can to avoid the more dominant offender, so it’s important to pay close attention, so that you become aware of the problem. Every cat is different and has to be treated according to their personality.

How To break It Up
Try to avoid making sudden noises to stop the fight—shouting or clapping. Also, consider holstering your water guns and sprays. These methods can potentially worsen the situation.

Keeping them apart for a while is ideal. They’ll need time to cool off. This is because every time they have an altercation, their relationship will deteriorate and it will be harder for them to get back to a state of harmony. An ideal place to start, is to first separate them. By putting them in their own designated territory, that’s supplied with food, water and a litter box, you’re giving them a place to retreat, rest and recoup themselves. Be sure to spend time with them, as they reside in their separate spaces.

After a while, you can gradually try to bring them back together again. Try to gauge how serious the conflict affected your cats. This will determine when you should reintroduce them. If you get the sense that they are on edge, when they are together, then it may take a little longer to begin reintroducing them.

From Behind Closed Doors/Sharing Smells
When you begin to reintroduce your cats to each other, try feeding each one at the same time, on opposite sides of the door. The point of this method, trains your cats to relate their scents with something good—like meal time. Reintroduce Them
When they are properly familiarized with each other’s scents, you can move on to letting them view each other through a screen or see-through barrier. At this point they can see and smell one another, without actual physical contact.

When they are accustomed to seeing and smelling each other without becoming agitated, you can allow them to be in the same room without a barrier to each other. Consider using another person to help you with this step.

Once you successfully get them to be in the same room together, give them lots of tender love and care. Allow them to witness each other receiving love and attention. After a while, your cats should be conditioned to not see each other as enemies, but to accept each other in an environment of peace, love and nurturance.

To maintain the peace, give each cat their own:

The idea is to create the conditions for each cat to be able to retreat to a safe space and recuperate, if they feel in anyway threatened.

Pheromones
Pheromones are a chemical that’s released from a cat’s glands to communicate to other cats. Scientist have developed a way to replicate these chemicals and make them available as calming agents. They are sold as a spray or a plugin diffuser. Consider using calming pheromones to diffuse community rooms. If your cats seem a little agitated, this method can help to relax them. You can also try spaying their favorite blanket or bed to help them be more agreeable.

Note: All cats are different, whether using Synthetic Pheromones or herbal remedies, please consult a veterinarian for the best solution to your specific issue.

In conclusion, harmony between your pets is possible, but it takes a little patience. A great deal also depends on the temperament of your cats. Every cat has their own personality and some may get along easier than others. However, with the right methods, you can at the very least, cultivate a home of peaceful tolerance and coexistence. In that regard, I hope the above tips can help you learn “How To Stop Fighting Cats.” Thanks for reading. 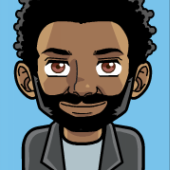 Why Do Cats Shed? how to calm down a cat for a cat vet